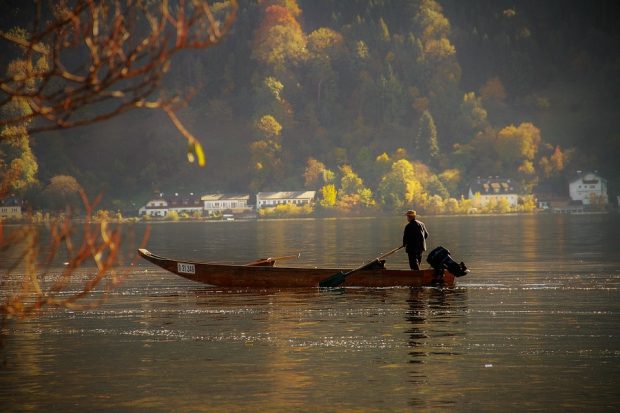 Fishing is without doubt a hugely popular pastime, with an estimated 2.9 million people in England thought to participate annually and the value of recreational angling to the English economy estimated to be £1.4bn.

And obtaining or renewing your rod licence is now easier than ever thanks to our new ‘Automated Expiry Notifications’ process for renewing a fishing licence, which launched in June. The new process replaced a manual licence expiry notification process which was previously performed by the National Enforcement Service (Rod Licencing Team). Its purpose is to drive and prompt licence renewals for previous licences purchased that are due to expire.

The introduction of this new renewal functionality came at a really good time as the demand for fishing licences began to increase following the easing of COVID-19 restrictions in England.

The value of fishing to the nation, as a sport or a hobby, can’t be overstated - it’s incredibly popular. A study in 2018 found that angling for coarse fish was the most popular activity for the nation’s anglers, accounting for 19 million days of fishing.

Even the mere fact that a whole month is designated ‘Fishing month’ highlights its importance to the nation. Which is why being able to obtain or renew your rod licence, easily, is so important. Having a reliable digital service such as this enables people to indulge their passion with little fuss.

We use all income from fishing licence sales to fund work to protect and improve fish stocks and fisheries. This includes improving habitats for fish, facilities for anglers and tackling illegal fishing.

However, if the impact on licence sales due to COVID-19 lockdown in March was significant. We saw a 52% decrease in the number of sales compared to figures from the previous year. But then in early May, when it was announced that people could return to fishing (as part of the easing of exercise lockdown restrictions in England), we saw a major increase in sales. We are now at 116% of income from sales compared to the same point in 2019 (as of the end of July). The increased licence sales are greatly welcome in these unusual times we find ourselves.

The times they’re a changing

We are seeing a change in licence purchasing habits. Digital up-take has increased. This could be due to the telesales service being closed during lockdown, or people choosing not to purchase licences through the Post Office – we are monitoring this change to understand further insights.

Before the onset of coronavirus, we were already predicting a reduction in sales figures this year due to the planned Summer Olympics in Tokyo and UEFA Euro 2020. With these events now cancelled, an increase in planned marketing activity could see even higher sales.

The automation of the licence process has also released valuable staff resources which can now be used on other tasks.

As well as the cost savings, other benefits include data accuracy, improved management information reporting capabilities, resilience and an easily configurable solution. Looking ahead to other possible enhancements, we have a service roadmap. This is used to identify further improvements which might satisfy both business and user needs.

If you’re interested in taking up fishing find out more about how to get a rod licence.