Today the first batch of marine survey data collected by the Joint Nature Conservation Committee was released under an Open Government Licence. These data will support furthering our understanding of the species which occur around in the seas around the United Kingdom. 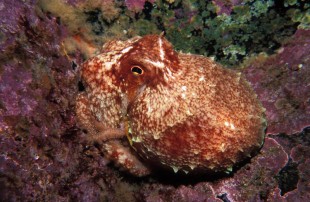 Between 1990 and 1998 JNCC led an extensive review of the marine habitats and species around the United Kingdom. This review, known as the “Marine Nature Conservation Review” (MNCR), was initiated to:

A huge volume of data was collected both through new surveys and the collation of existing material. While these data have been accessible JNCC is now making this information  available under an Open Government Licence. The first batch of these data, containing the results of more than 250 separate surveys is now available. The data from each survey include measurement of a huge number of physical characteristics of each area, the species that were found there including their abundance and the overall community types.

The data form one of the key sources underpinning our knowledge of marine life found on the beaches and shallow seas around the United Kingdom. They have underpinned the creation of a definition of marine communities and the selection of many of the near shore protected areas. JNCC anticipates that these data could also be applied to areas such as:

Please take a look at the data released by JNCC. We would be very interested in any ideas you have around how they could be used and are happy to answer any questions you may have.