Agile teams aim to release early and often, starting with a minimum viable product (MVP) and iteratively building on it. But choosing what to put in an MVP is hard. You don’t want to release something that delivers little or no value to the user, but you also want to make it small enough that you can test it and build on it quickly. Often teams add too much into their MVP and then struggle to release it quickly. In the Water Abstraction Digital team in DEFRA, we overcame these issues by using an incubation to design an MVP in two days.

An incubation is similar to a workshop and involves stakeholders from across the business and the whole project team. Everyone works together to grow a product from just an idea into a fully designed MVP that they are happy with. By condensing this process we were able to build the MVP and release it in only three sprints.

The idea of an incubation originally came from Google, where a two week ‘sprint’ workshop was used to deliver a product. This was one of the first iterations of the sprint framework now used in scrum, and holding long workshops as part of these sprints became known as an incubation.

What were we building?

The first stage in achieving this is having a clear idea of what it is you want to build. In March 2018, we released ‘View my licence’, a service for water abstraction licence holders to view the details of their licence online. To drive digital uptake and improve the service, we wanted to add additional features or ‘exciters’ to the service. We decided to start with introducing notifications to our service, enabling our users to be notified when their licence is due to expire or low river levels prevent them from abstracting water.

To do this we needed to answer a number of questions: what notifications would we send, how would users receive them and how would internal staff check them? We then wanted to design a notifications service that we could build in only two or three sprints yet would still deliver the desired functionality.

We started by getting the right people in the same place at the same time and took two full days out of a sprint to concentrate on the MVP. We invited subject matter experts and stakeholders from across the business who had an interest in our MVP and how it would be used. This was vital to ensure that the MVP represented all the different areas of the business and was achievable within our team. We got everyone talking to, and understanding each other in an engaging and innovative way. 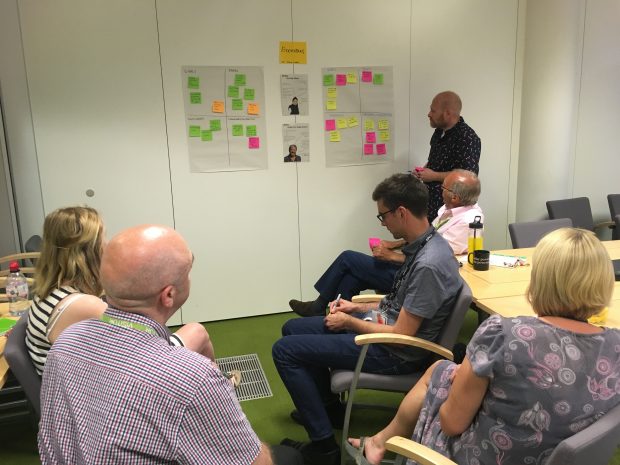 What about our users? Prior to the incubation, we carried out user research and collected the needs of our users regarding notifications. We shared these during the incubation and talked through the different personas to ensure everyone could get into the user’s mind-set. We then outlined what makes a good MVP and what we wanted to gain from the incubation.

After spending the first morning talking, we started designing. In small teams we each designed an MVP, sketching work flows on post-its, building a user journey and addressing technical queries. At the end of the day we re-grouped and compared our work. By taking the best bits from the different designs, we combined them into one overall MVP that everyone was satisfied with.

Build it, break it, fix it

On the morning of the second day we refined the agreed MVP we had designed and ironed out any creases. We considered the MVP from every possible perspective: how would different user types interact with it, what are the possible happy and unhappy paths, how would it link with our current service, what could go wrong? By doing this we were able to test if it would actually work when built and discuss the different ways it would add value to our service. Once everyone was happy with the MVP, our external guests made their way home and the project team stayed on for the afternoon, splitting the MVP into small portions of work and planning how we would complete these in the upcoming sprints. 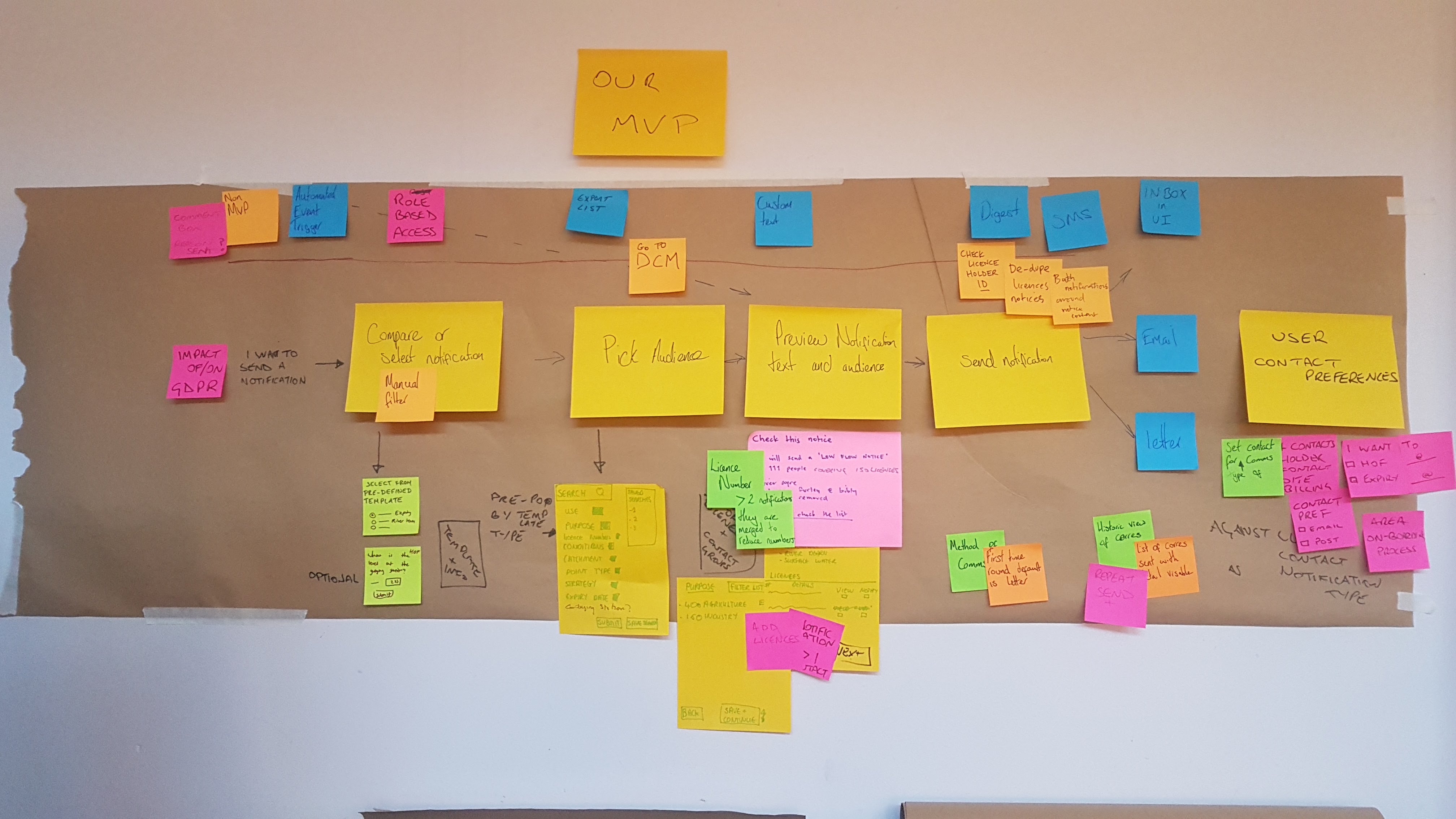 Since running the incubation, we have built the notifications feature in just three sprints and released it as part of our service. Without a clear and well thought through plan, it would not have been possible to build this so quickly. We have held similar incubators to add other features and are aiming to release this next feature even quicker. We are hoping that the addition of small, helpful functionality will increase the number of users and help us promote our new digital service.