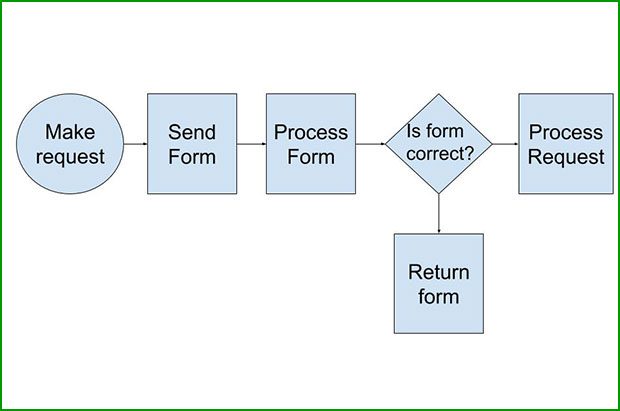 We’ve all been there - you have to deal with a problem by calling a large organisation, and you end up being put through to a call centre. You explain the problem to one person, who puts you through to someone else, so you explain it all over again. Sometimes you end up phoning several times. It’s time-consuming and frustrating for you, and costly for the organisation you’re trying to talk to.

In most cases, a problem that could have been solved if it was properly investigated the first time round, becomes a bigger problem for more people, because it ends up being badly investigated many times.

The existing investigation process was usually created for good reasons and with good intent. But the process becomes set in stone, and ends up causing more problems because it’s not flexible enough to change along with circumstances in the real world.

It would be nice to think that government was immune to problem processes like this. But it’s not. I’m going to tell you a story to explain what I mean, and make some suggestions for making things better.

Weeks to set up new mailboxes

I work in a team building a service that provides permits for handling waste. Users complete an online form and upload supporting documents to request a permit, and Environment Agency officers review the submitted application and either grant, or deny, the user a permit.

That means those permitting officers need a means of communicating with users. Research showed us that email was probably the best way for most users -- which meant that we needed to set up 7 new mailboxes for EA staff to send emails from.

The team thought it would be trivially simple to set up 7 mailboxes. But it wasn’t. It took weeks.

I won’t bore you with all the details as to why. The reasons included: 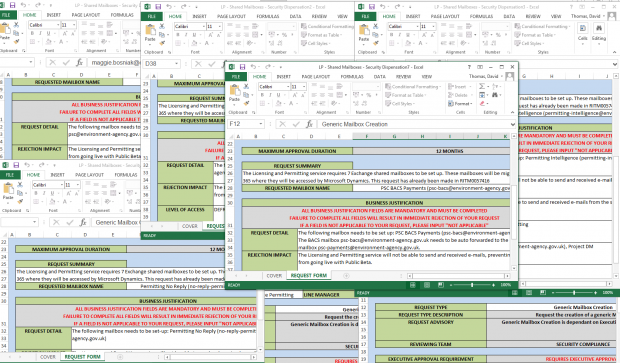 Eventually, we got everyone involved on a call together, including some fairly senior managers. Within half an hour we’d agreed the mailboxes we needed, and they were created within two days. With one call, we got more done than we had managed with weeks of following the official process.

It’s important to note here that nobody involved in all this was acting unreasonably. Everyone was doing what they considered was the right thing to do. But nobody - no individual within the chain of communication, and no-one with oversight over the whole thing - realised that the process itself was causing problems.

That fact only became evident to everyone during the phone call that solved everything. Once we got the right people involved, and agreed to expedite some of the processes used, the work was done quickly to everyone’s satisfaction.

Setting up email isn’t the only area where we’ve encountered problems of this sort. They crop in other areas too - such as procuring software licences and setting up servers.

No-one is trying to make things difficult. But things are difficult.

If you’ve ever read any books about the Lean Methodology, you’ll probably have encountered the idea of 'prioritising resource efficiency over flow efficiency'.

Resource efficiency means making sure all the people who work within your organisation are individually as efficient as possible. (Even though you shouldn’t say 'resources' when you mean 'people'.)

Flow efficiency means prioritising getting work done as quickly as possible, even if it means people individually not being as efficient.

But sometimes the opposite is true. By prioritising resource efficiency you often end up with far more work being done. So your employees are more efficient, but they’re having to do more as well.

This is something we can fix

I didn’t write this post to moan about my colleagues. I know everyone here is working hard to do the right thing.

I wrote it to bring what seem like fixable process problems to wider attention. This is something we’re already looking at across the digital team. In collaboration with the Digital, Data & Technology Services (DDTS) improvement team, we’ve started an 'amnesty' allowing team members to raise ideas, insights and pain points with our internal processes.

Initiatives like this, along with a greater focus on flow efficiency, would have helped with the issues we faced as a team. They could also help solve many similar issues, not just in Defra but across government.